Australian suburbs where it’s cheaper to buy than rent 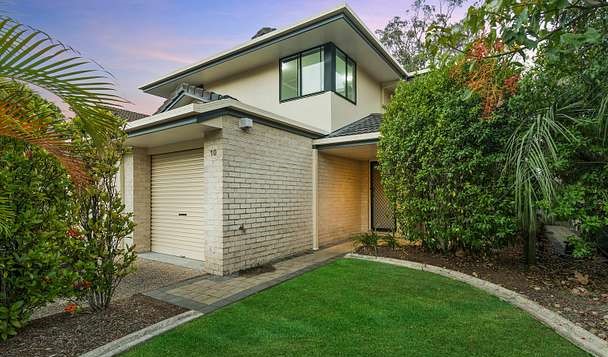 The Australian suburbs where it’s much cheaper to buy than to rent – Queensland units are especially good value.

While many Australians might consider themselves priced out of the market for good, renting a place doesn’t always work out to be the most affordable option. A new Domain analysis has shown that 37% of Australian suburbs are cheaper to buy a home than to rent one.

The figures found that while premium suburbs are still more affordable to rent, peripheral suburbs and regional areas offer far greater savings for homebuyers. In some locations, that means buyers could save more than 50% per week compared to renting in the same area, based on the assumption of a 20% deposit.

Due to the many quirks of the Australian property market, there are some areas where prices and rents have so far diverged the other way that tenants could be much better off putting down a deposit.

Property group Domain has crunched the numbers and found that in some instances, tenants are paying out twice the weekly rent as what they would in weekly repayments.

“As mortgage rates have hit historic lows, ultimately aiding the serviceability cost of a home loan, more Australians are looking to work out the answer…[to this] age-old question: is it cheaper to buy than rent?” senior analyst Nicola Powell said.

The analysis is based on median prices and rents, assumes a 20% deposit and a principal and interest loan with a 2.48% interest rate. While the results differ greatly depending on where you want to live, Powell says one thing is certain.

“The more premium a suburb, the greater the mortgage repayment became relative to rent. Opting to rent appears to be more cost-effective on a weekly budget in locations that have more expensive median purchase prices.”

In other words, you’re still better off renting in sought after areas like Sydney’s eastern suburbs and inner-city Melbourne. That’s because at the same time that lower interest rates improve serviceability, they also tend to drive up capital growth in high-demand areas.

But for those looking further afield, regional Australia and peripheral city suburbs are far more likely to produce better bargains.

The same goes for houses, with standalone dwellings in 722 suburbs cheaper to buy versus just 180 for units. Those figures represent more than one-third of all Australian suburbs where buyers, not tenants, have the upper hand in affordability.

With thanks Business Insider Australia. 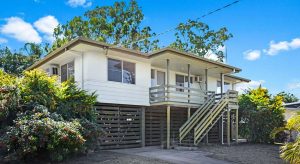 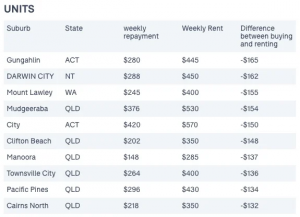 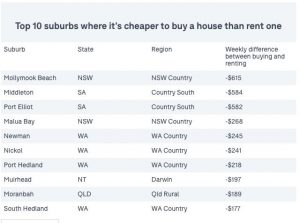