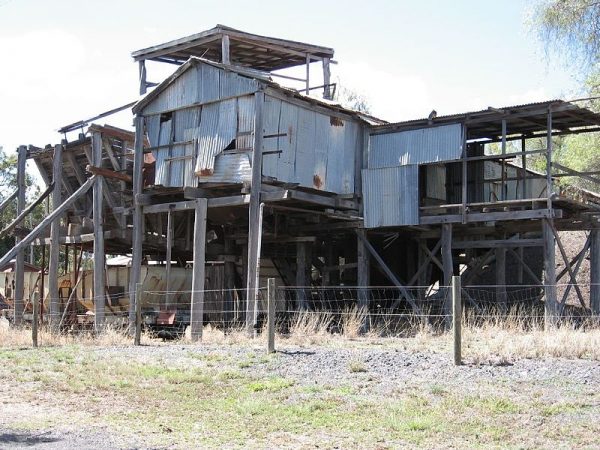 Queensland’s Ghost Towns offer a glimpse of the past, a family road trip, and a little bit of spookiness and fun thrown in!

When you have a boom and bust mining history, you will find heritage-listed ghost towns in Queensland. From as close as Toowoomba to our state’s far north, you’ll find ghost towns, with Acland 160kms, and Mill Point about 175 kilometres from Brisbane. Acland is north of Oakey, on the Darling Downs. Originally built to support what would become Queensland’s oldest continuously worked coal mine, the town had a population of between 200 and 400 prior to the mine being shut down in 1984. By 2009 there was only one remaining resident, who had refused the company’s offer to purchase his property. Some like Cracow, inland near Theodore, will make a great holiday outback or Gulf Country road trip.

In terms of spookiest, the author’s ( T.A. Rose) top three were:

1. Mount Mulligan – for its mining disaster
2. Min Min – for its legendary lights
3. Mary Kathleen for its current radioactive contrast with its heyday planned community.

There is the old town of Acland in the Darling Downs, which was famous due to one resident remaining in the town years after the old Acland coal mine had closed. Further north, Arrilalah is a small site near Longreach. While Ballara, near Cloncurry and Mount Isa, and Betoota east of Birdsville in the Southern Outback and Calcifer, near Mareeba in the state’s far north, are all old mining towns. In the state’s Central West is Collingwood, while west of Charleville with the claim of Australia’smallest town is Cooladdi. 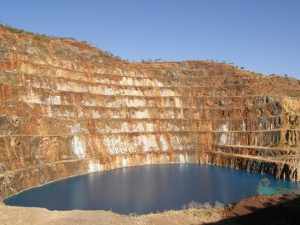 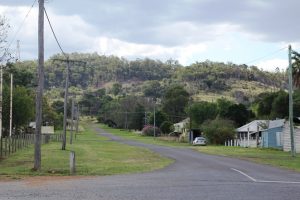 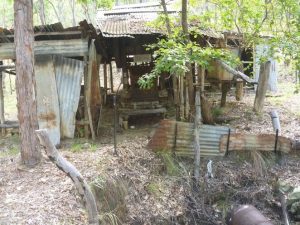 Collingwood – With a massive history near to Winton, involving bores, geology, the hope for a thriving outback settlement and rich in indigenous history Collingwood is different to many other mining towns in that it never really had a boom. Nearby Longreach is essentially what Collingwood could have been, and thus is the legend of the Diamantina Shire’s true ghost town.

Cracow – While not completely abandoned, due to the aforementioned boom and bust reality of country Queensland towns, this one is nearly abandoned, with it now serving as a bit of a stop-off for travellers on the Theodore-Eidsvold Road with its pub run by Fred Brophy. Indeed, it’s named oddly after Poland’s Kraków in the 1850s. If stopping by, you’ll see the pub and the former town, leftover after the closure of the gold mine in the 1970s and now the biggest event in Cracow is Fred Brophy’s famous boxing tent..

Maytown is in the Palmer River Region near Cooktown – a remnant of the gold rush days. The Mill Point settlement site at Lake Cootharaba in Noosa Shire is from a settlement based around an old sawmill, while further north is home of the Min Min lights, Min Min in Channel Country, Central-Western Queensland. Mount Britton is in the Isaac Region – that coal mining region near Mackay’s Pioneer River Valley. Further north in Cloncurry Shire is Mount Cuthbert – with a heritage-listed old town and copper smelter. While heading northeast from Mount Cuthbert to Mareeba is Mount Mulligan – one of Queensland’s most eeriest and spookiest, due to it being the home of Queensland’s worst mining disaster combined with its isolable location. In the same location is a series of smelters and cemeteries in the heritage Mungana Archaeological Area.

Mary Kathleen. The uranium mining township of Mary Kathleen near Mount Isa is quite a famous ghost town, even on a world and national stage – famous enough for what it actually achieved as a mine and remote township yet due to websites like Instagram has shot to a certain amount of fame due to its interesting uranium mine towering over a blue mineral drenched lake below.

There’s nothing spooky about our conveyancing prices – check our your Free Quote Now  https://conveyancinghome.com.au/instant-quotes/ or Call 07 3236 2852